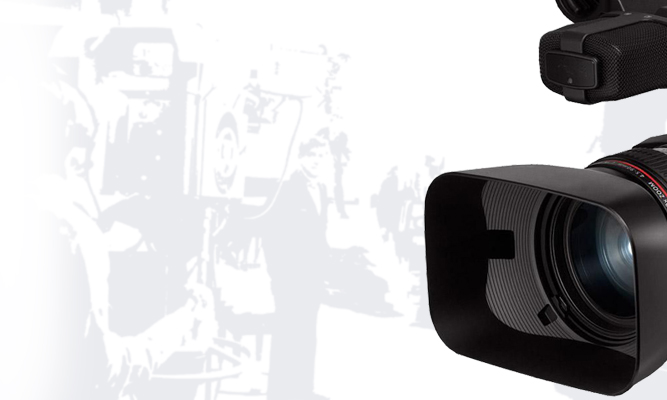 If a single picture paints a thousand words, how many words can be expressed at twenty-nine pictures per second? The answer is obvious; video marketing solutions are more effective than any other media available today. Whether it be to advertise a product or service, training employees or showcasing a skill or idea, for television, internet or a trade show, video can get your message to its intended audience in a manner that serves both you and the viewer with great efficiency.

Here, we will try to provide a collection of helpful posts about the state of video, audio, print and web production as well as its accessibility to both publishers and intended media audiences.

Video Production: Yesterday and Today
Until recently, video production for product promotion, training or showcasing talent was perceived by many to be too expensive. Quite frankly for many years, video solutions were too expensive for small to medium sized businesses. The video equipment used by many cost well in to the hundreds of thousands and when a production session was completed, all of the production elements were disassembled and archived or discarded. Today, with digital video, which delivers in most cases much better quality than analog video, cameras, editing systems and archiving, cost less than a tenth of their antiquated counterparts. Additionally production sessions and elements are now saved and can be re-opened in an instant, making content changes far less time-consuming and costly. At Fort Worth Video Graphic, we proudly pass the cost advantage of lower digital video overhead to our customers with dramatically more affordable services and after-production flexibility.

Some Things to Consider About Video
Video content for television and the internet is a powerful tool indeed, therefore one should think about how to effectively harness that power and what needs to be in place to take full advantage of it.

Video for Internet
Believe it or not video for the internet is a lot less complicated to take advantage of than video for broadcast. Usually, if a video presentation is on the internet, the corresponding products, services or talents are readily available to the viewer on-line as well through a shopping cart or by some means of available contact. The shopping cart or e-mail account available to the viewer is un-manned and can accept multiple inquiries or orders simultaneously twenty-four hours a day with very little over-head. Additionally, this immediate availability allows those offering products, services or talents to take advantage of the impulse the viewer might develop while watching your video, to buy your product or service.

Video for Television
Video for TV requires that much more be in place to be effective. Of primary concern for someone choosing to advertise on television is usually the budget for commercial slots or airtime. How many spots will it take to achieve what is known as “saturation”? A standard in direct marketing where saturation is concerned is that generally, people need to see your television commercial seven to ten times before they would be moved to buy, provided they have a need or interest in what you are offering.

Another consideration vital to a given advertising campaign is in which day-part or parts you advertise. Millions more eyes will see your commercial at eight PM than at four AM. Therefore, airtime rates vary according to estimates of how many people are watching at a given time of day.

As an advertiser, you will also want to know how many households the television station or cable system you plan to advertise with reaches and what gender or age groups they appeal to primarily.

If you are advertising on television your goal is probably to get your target to move to the telephone, a web site or to a location where your product, service or talent is available. That’s a challenge in itself in that there is a possibility that the viewer may lose the impulse to use your product or service or become side tracked at some point between seeing your ad on TV and picking up the phone or driving to your location and there is also the possibility that potential customers may not correctly remember your phone number or address.

Lastly, if you are thinking about video advertising for broadcast TV and your goal is to get potential customers to call a telephone number, make sure you have the capability to answer more than enough calls simultaneously, per airing, to feasibly offset your advertising cost and hopefully, generate profit. More than a few short sited business owners have lived the nightmare of having gone to the edges of their budget to advertise on TV only to find that they could not take enough calls per commercial airing to pay for the advertisement. So if you are considering an ad for television, also consider that you may need the services of a call center that will be able to take calls every time your commercial is broadcast.